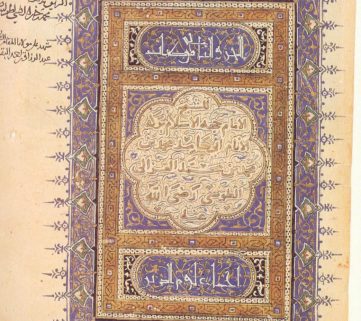 A popular myth endorsed over the last century is that Imam al-Ghazali destroyed intellectual thought in Islam and is the cause for the end of the Golden period and such figures as al-Biruni, al-Farabi, and Ibn Sina.

In this talk, Al-Ghazali’s upholding of the findings of intellect and science will be related to another phenomena. This is to claim that certainty is only obtained through Sufi or mystical experience which is beyond the stage of the intellect. The popularity of this phenomena is argued to be implicitly motivated by the influence of modernity exemplified in the tensions between the last Sheikh al-Islam, Mustafa Sabri Effendi, and Muhammad Abdu. What is at stake in this tension is whether rational proofs remain certain or whether modernity has ‘shown’ the need for empirical proofs needed to modernise Muslim beliefs.

Mustafa Styer is a Research Assistant, part of the Tabah Foundation’s Order of Knowledge project. He has a master degree from University of London, Institute of Education in Curriculum and Pedagogy. He is currently finishing up his DPhil in Theology in Oxford University. He has studied the traditional Islamic sciences for over fifteen years (ongoing) and is certified to teach traditional logic