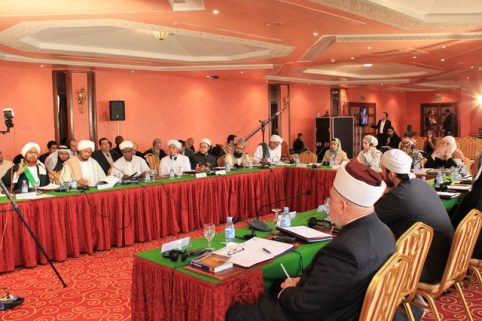 Walead Mosaad, Cultural and Education Project Manager, attended the 3 day summit held in Fez, Morocco entitled “Towards an Alliance of the Middle Way, and organized by the Radical Middle Way organization. It brought together such notable luminaries as Shaykh Abdullah bin Bayya, who spoke about the challenges scholars face in addressing contemporary societies, Habib Umar bi Hafiz, who spoke about the scholars’ role in developing virtuous societies, and Shaykh Usama Al-Sayyid, who spoke about the role of Al-Azhar in the formation of the Egyptian Muslim. The Mufti of Bosnia, Dr. Mustafa Ceric, also addressed the summit, speaking about the need for a spiritual revolution in Muslim communities, as well as Shaykh Muhammad Qaribullah, the head of the Samanniya Sufi order in Sudan, speaking on the importance of maintaining and preserving the natural environment, and Shaykh Abdulhakim Murad, speaking about the need for a renewed spiritual discourse for Muslim minorities in Western countries. Also in attendance were some of Morocco’s esteemed scholars from the Qarawiyyin University, such as Shaykh Muhammad bin Hamid Al-Saqqili, Shaykh Abdulaziz Al-Qassar, and Shaykh Idris Al-Fihri.

On his part, Walead chaired the session entitled “Understanding Our Message”, and spoke about the foundations of the Muhammadan message that unite all Muslims. In addition to attendance of the summit, Walead was also part of a delegation that met with the Minister of Endowments and Religious Affairs in Morocco, and also visited the newly opened Dar Al-Hadith Al-Hasanyia College in Rabat, Morocco.

The Moroccan Experience in Restoring Religious Discourse to an Authentic Ap...

Ambassador-at-Large for Intercultural and Interreligious Dialogue Processes...
Scroll to top