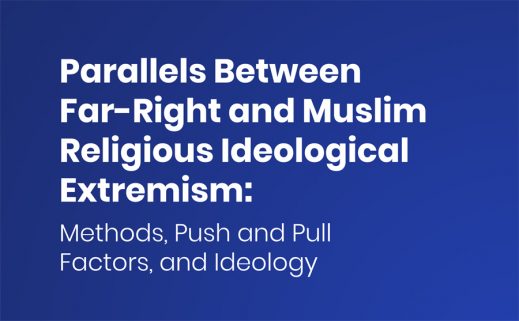 Countering religious ideological extremism in Muslim countries has been a relevant and important issue in the Muslim world and the West for a number of years. However, there are other forms of extremism, which are often overlooked and pose an equally serious threat to our societies. Far-right extremist movements have become increasingly popular in North American and European societies. Oddly enough, these far-right groups echo a number of similar claims that Muslim extremist groups propagate. This research brief examines the growth of far-right extremism and draws parallels to Muslim religious ideological extremism. Through examining these parallels this report provides insights into the ideological underpinnings of extremist thought from these differing strands and will discuss implications for countering violent extremism policies for both of these forms of extremism.